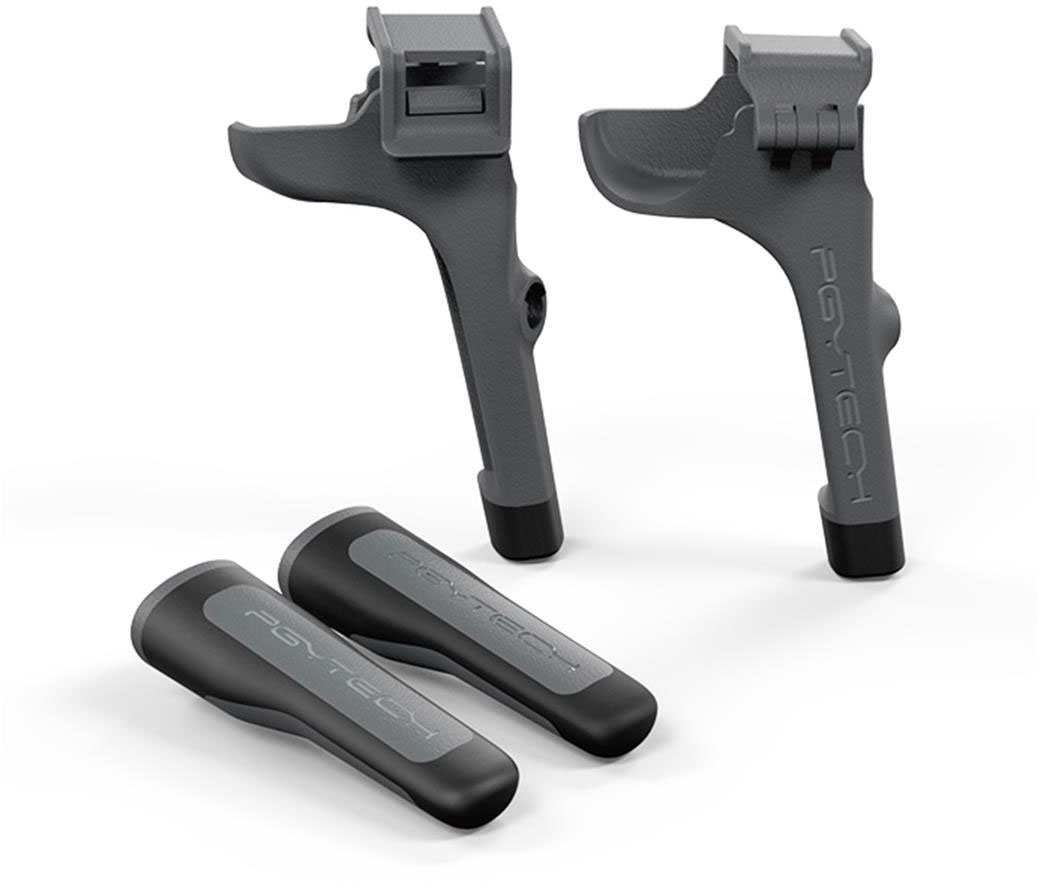 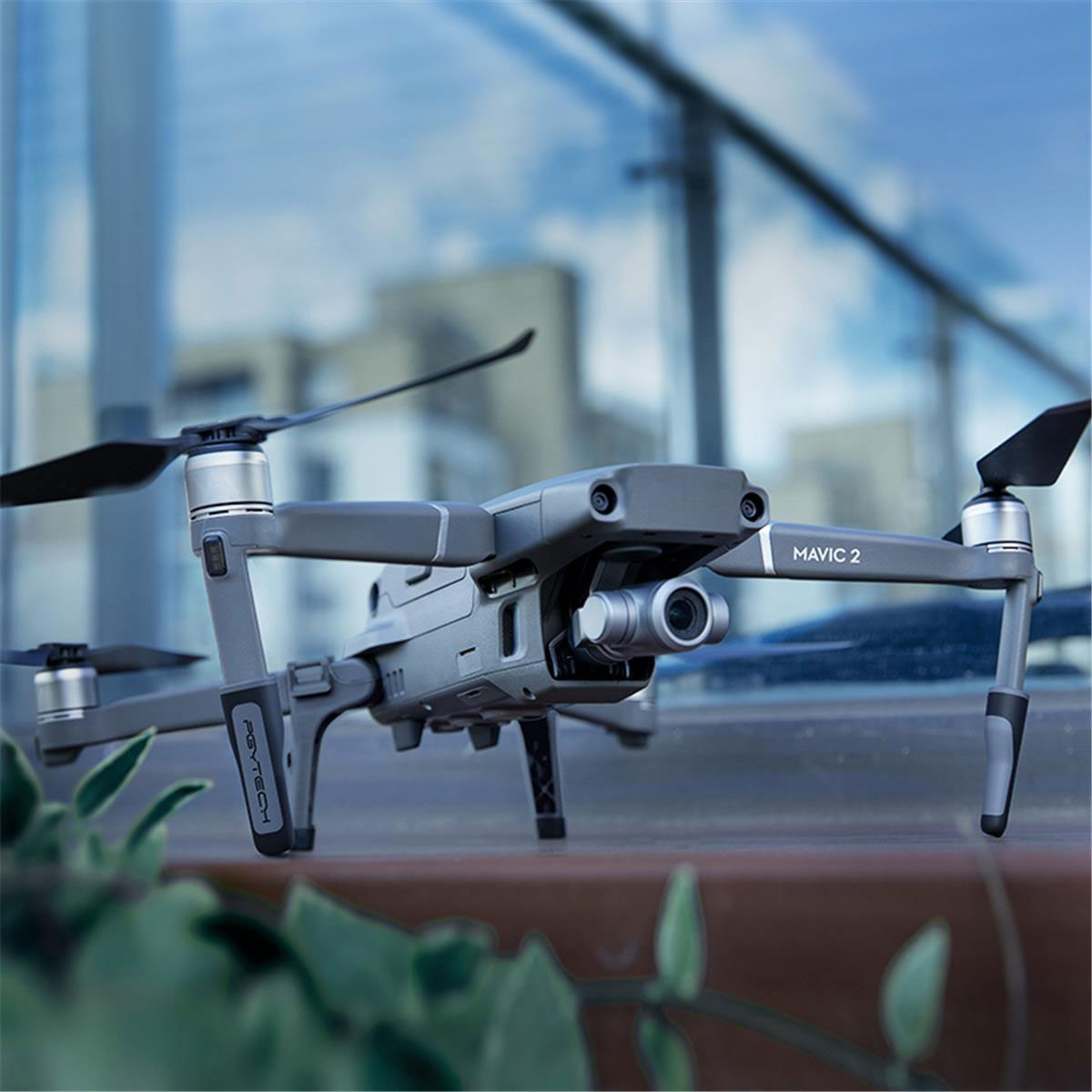 With the PGYTECH Landing Gear Extensions for the DJI Mavic 2 drone, you put the Mavic 2 just a little higher on its feet. This increases stability during take-off and landing and prevents the drone from falling over in somewhat less even terrain and accidentally hitting the propellers. The original landing gear of the DJI Mavic 2 consists of four blocks under the fuselage of the drone, so it actually always lands "on its stomach", which is not very stable. With the practical PGYTECH Landing Gear Extensions that problem has now been solved.

Simple mounting on the DJI Mavic 2

The PGYTECH Landing Gear Extensions are very easy to attach to the DJI Mavic 2 drone. You simply but securely click the lightweight legs to the propeller support arms by means of a twistlock clamp construction. The drone is then more than 3.5 centimeters higher on its legs. Because the drone now starts and lands on the legs on the control arms, it is more stable and the chance of falling over when taking off or landing is much smaller. You can even land on uneven surfaces with it! And: the camera is better protected by the greater ground clearance!

The legs of the PGYTECH Landing Gear Extensions are made of high-quality but lightweight plastic and therefore weigh only 30 grams. Small silica pads are placed at the tips of the legs for an extra soft landing. They come in a set of four and thanks to the handy twistlock attachment you can easily remove them from your drone when you store it. Simple, handy and sturdy, a must-have for every DJI Mavic 2 owner!

PGYTECH: Everything for your drone!

Based in Kunshan, near Shanghai, China's PGYTECH specializes in drone accessories. Since 2010, the team of engineers and designers has been developing one of the most complete aerial photography platforms with drones. In recent years, PGYTECH has focused on producing high-quality and innovative accessories that enable professionals and hobbyists to get the best out of their DJI drones and GoPro action cams. PGYTECH designs, produces and tests the products in its own factories in order to guarantee the best quality and the highest user-friendliness.