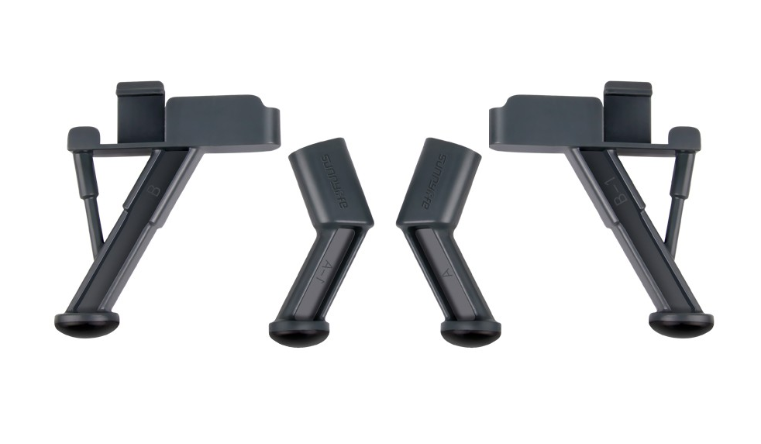 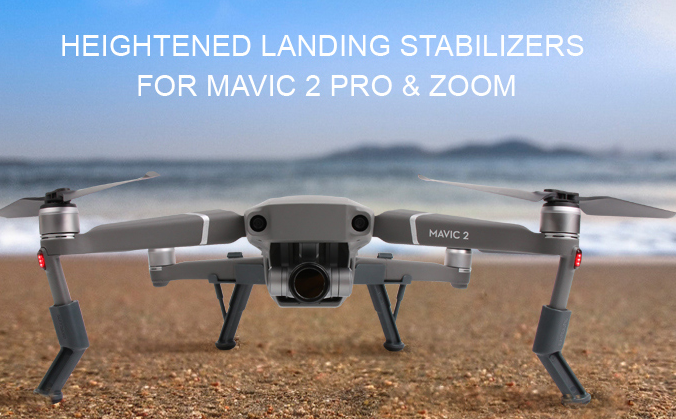 With these Landing Gear Extensions for the DJI Mavic 2 drone you can put the Mavic just a little higher on its feet. This increases stability during take-off and landing and prevents the drone from falling over when landing in less smooth terrain and accidentally hitting something with the propellers. The legs raise the drone by 35mm, reducing the chance that your gimbal will hit something during takeoff and landing. This way the camera of your Mavic 2 drone remains better protected.

Simple mounting to the DJI Mavic 2

The Landing Gear Extensions are very easy to attach to the DJI Mavic 2 drone: You simply but securely click the lightweight legs onto the 2 front legs of your drone. At the back you put 2 legs under the 'belly' of the drone. The drone is then more than 3.5 centimeters higher on its legs. Because the drone now starts and lands on its legs, it is more stable and the chance of falling over when taking off or landing is a lot smaller. You can even land on uneven surfaces with it! And: the camera is better protected due to the greater ground clearance!

Landing Gear made of lightweight plastic

The legs of the Landing Gear Extensions are made of high-quality but lightweight plastic and therefore weigh only 30 grams. Small silica gel pads are attached to the tips of the legs for an extra soft landing. They come in a set of four. Simple, handy and sturdy; a must-have for every DJI Mavic owner!

The Landing Gear Extensions press quickly and safely on the legs. The legs elevate the Mavic 2 and keep the camera and gimbal further away from dust, dirt and sand during a landing.