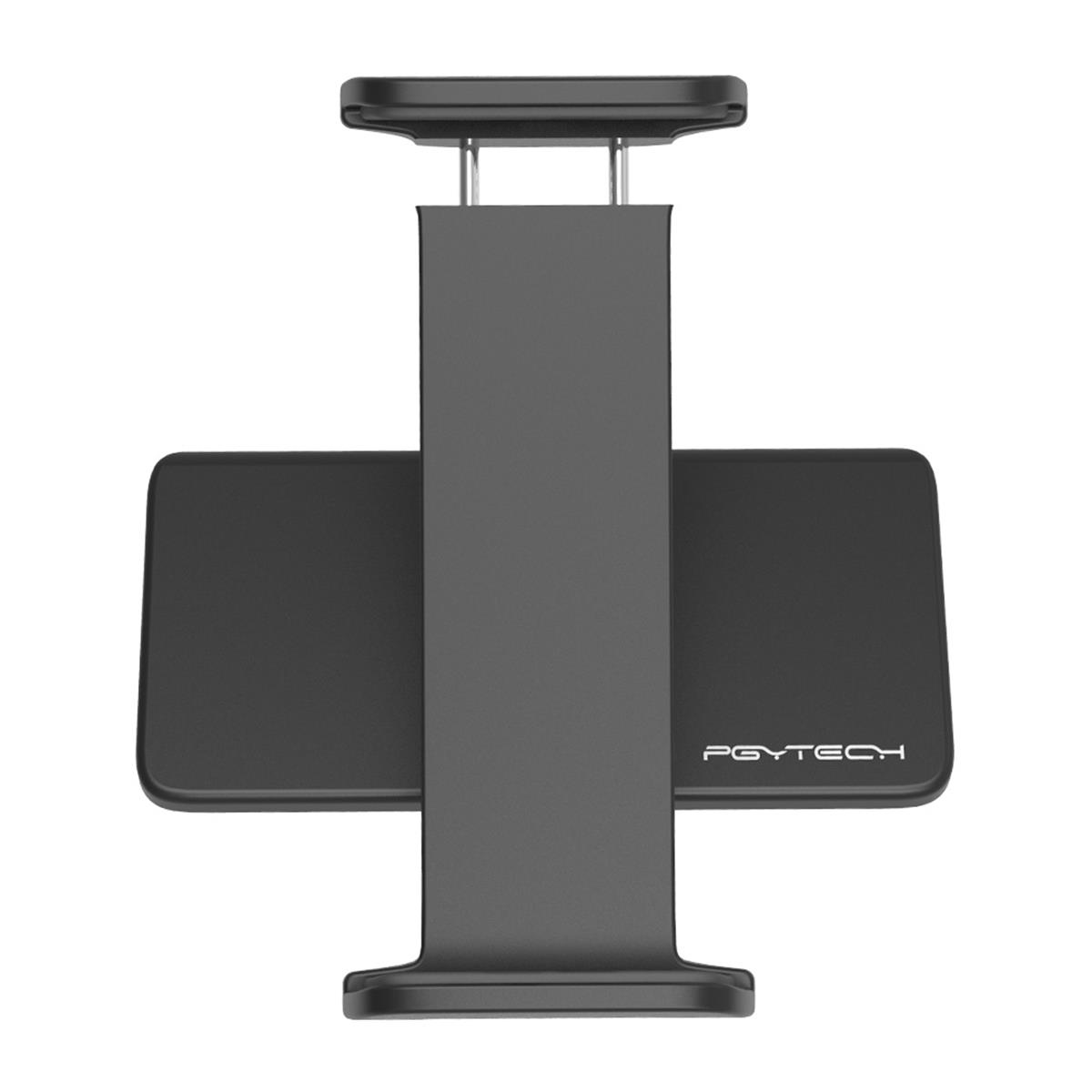 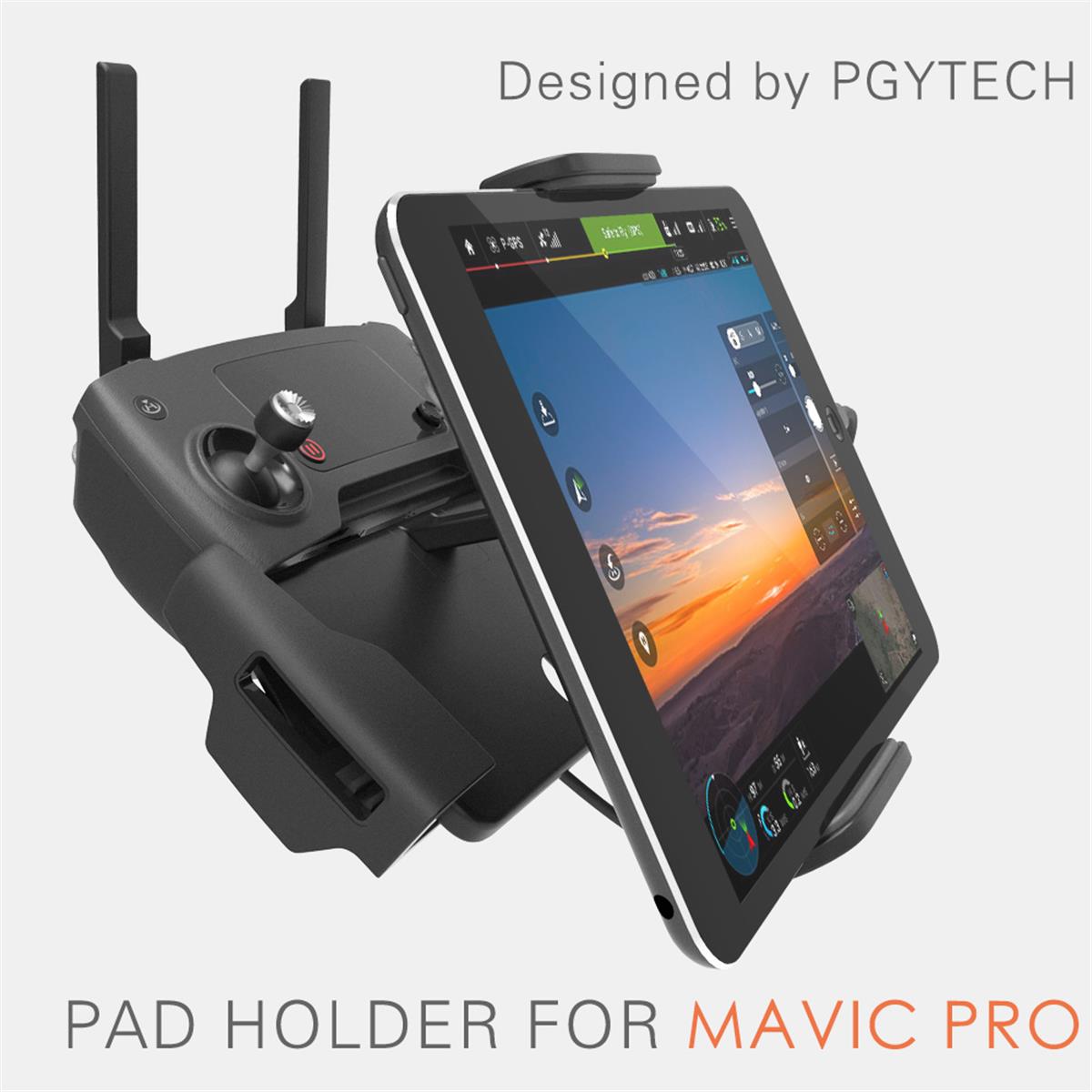 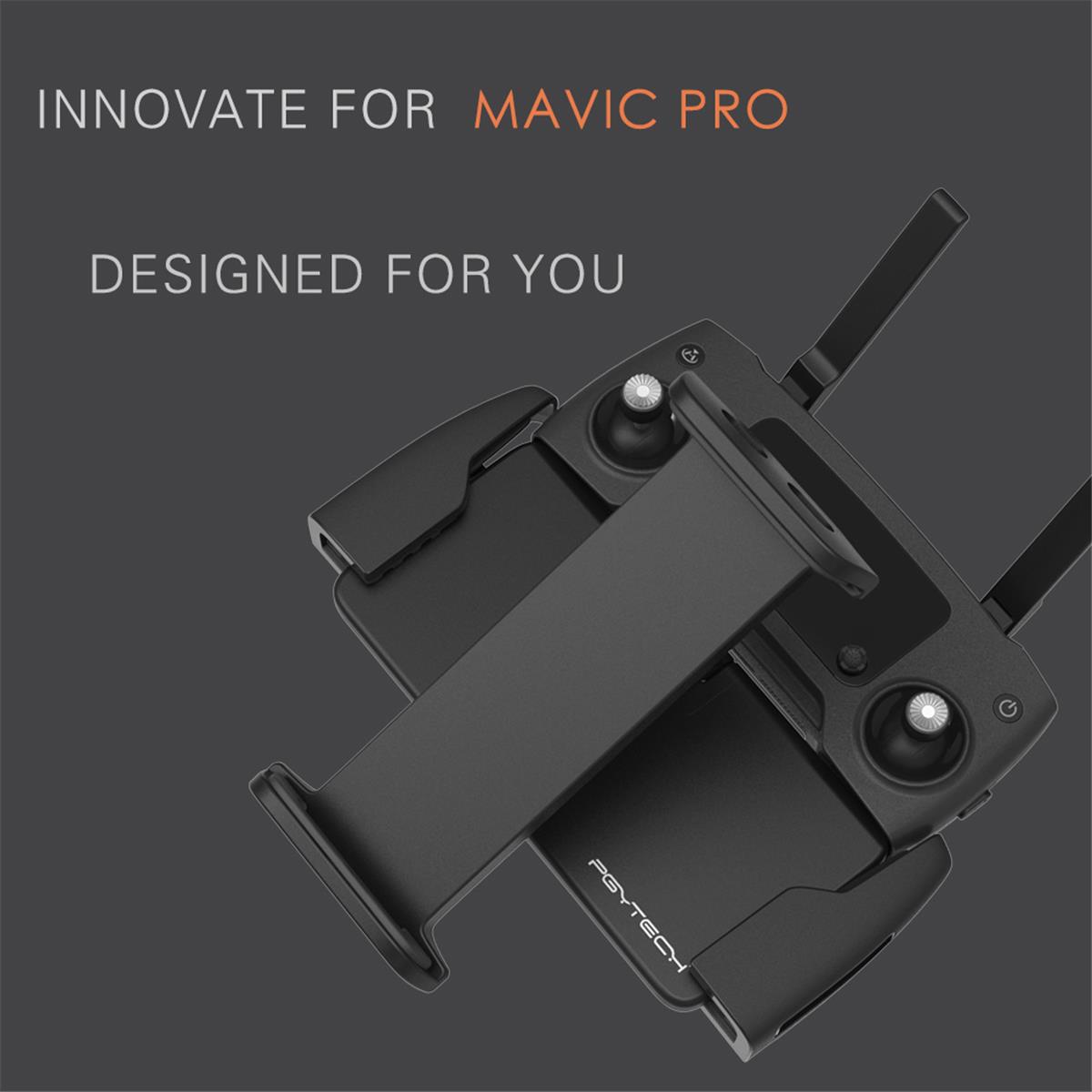 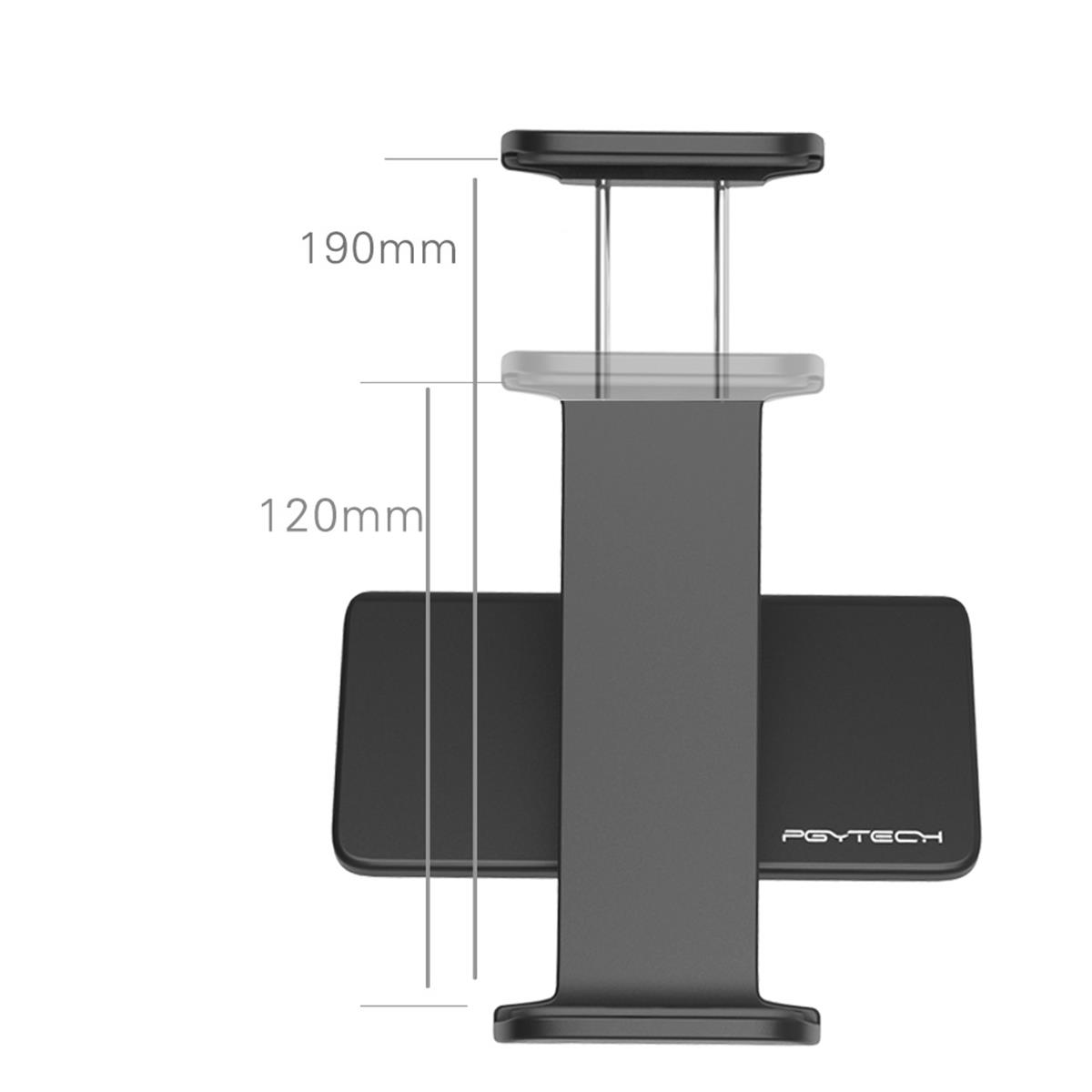 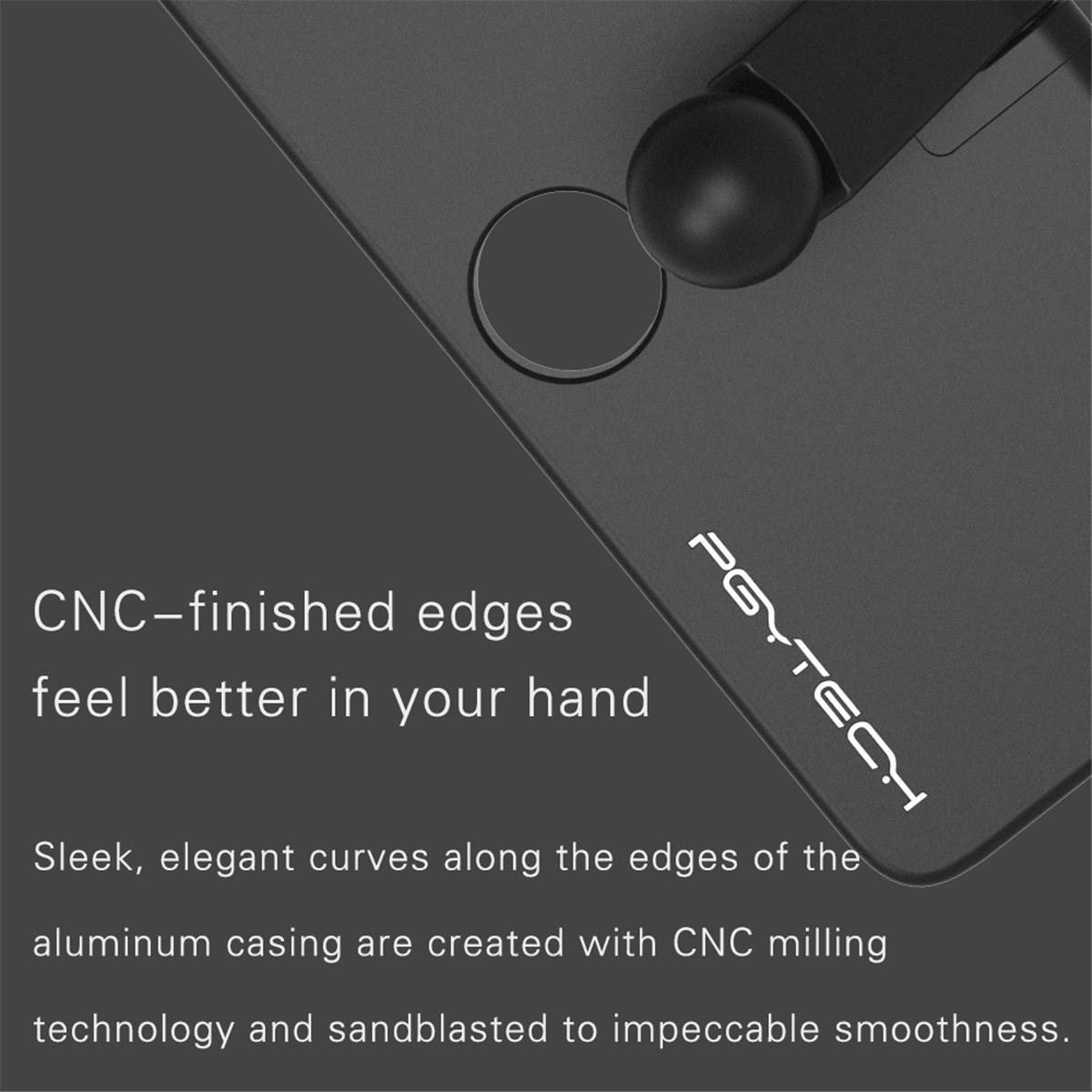 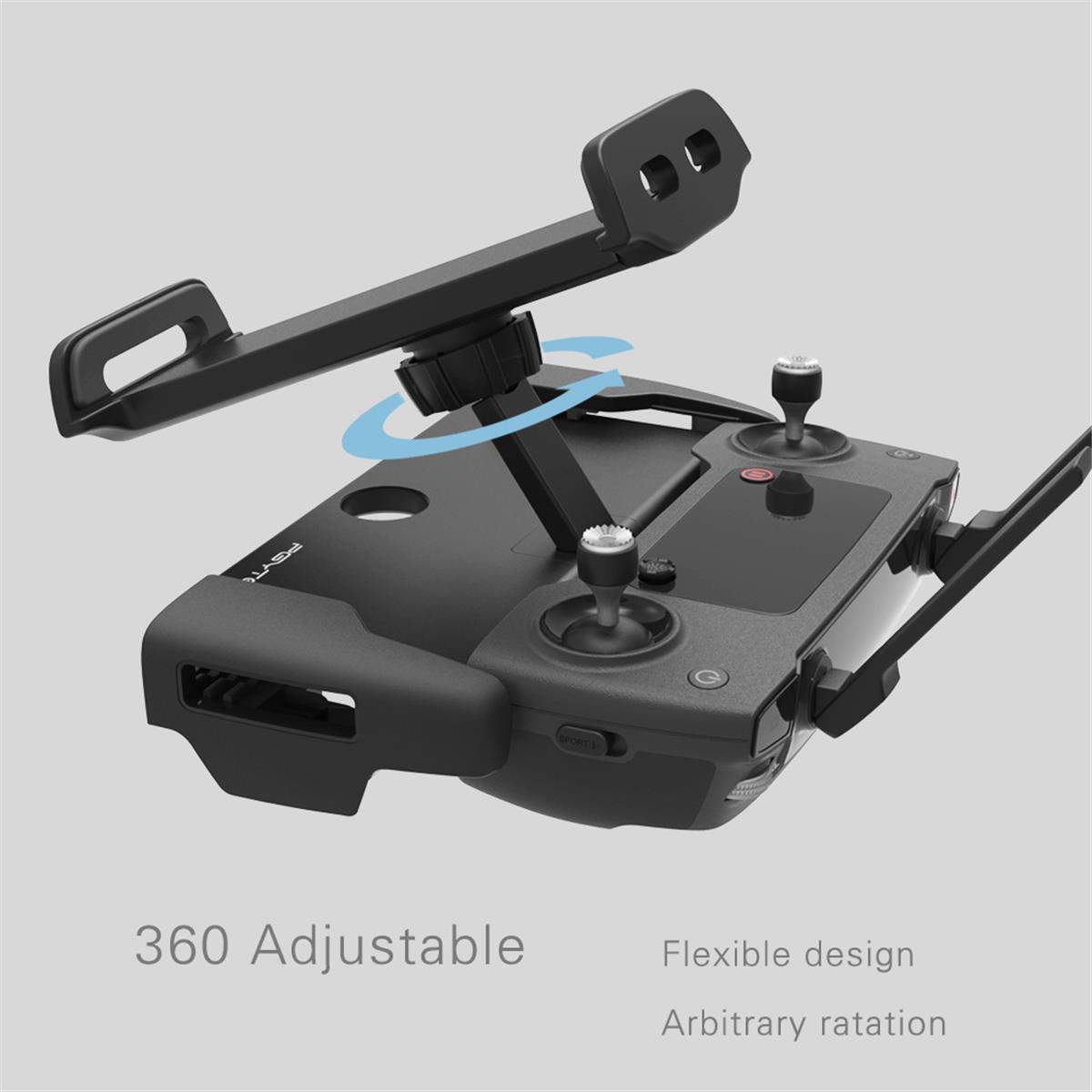 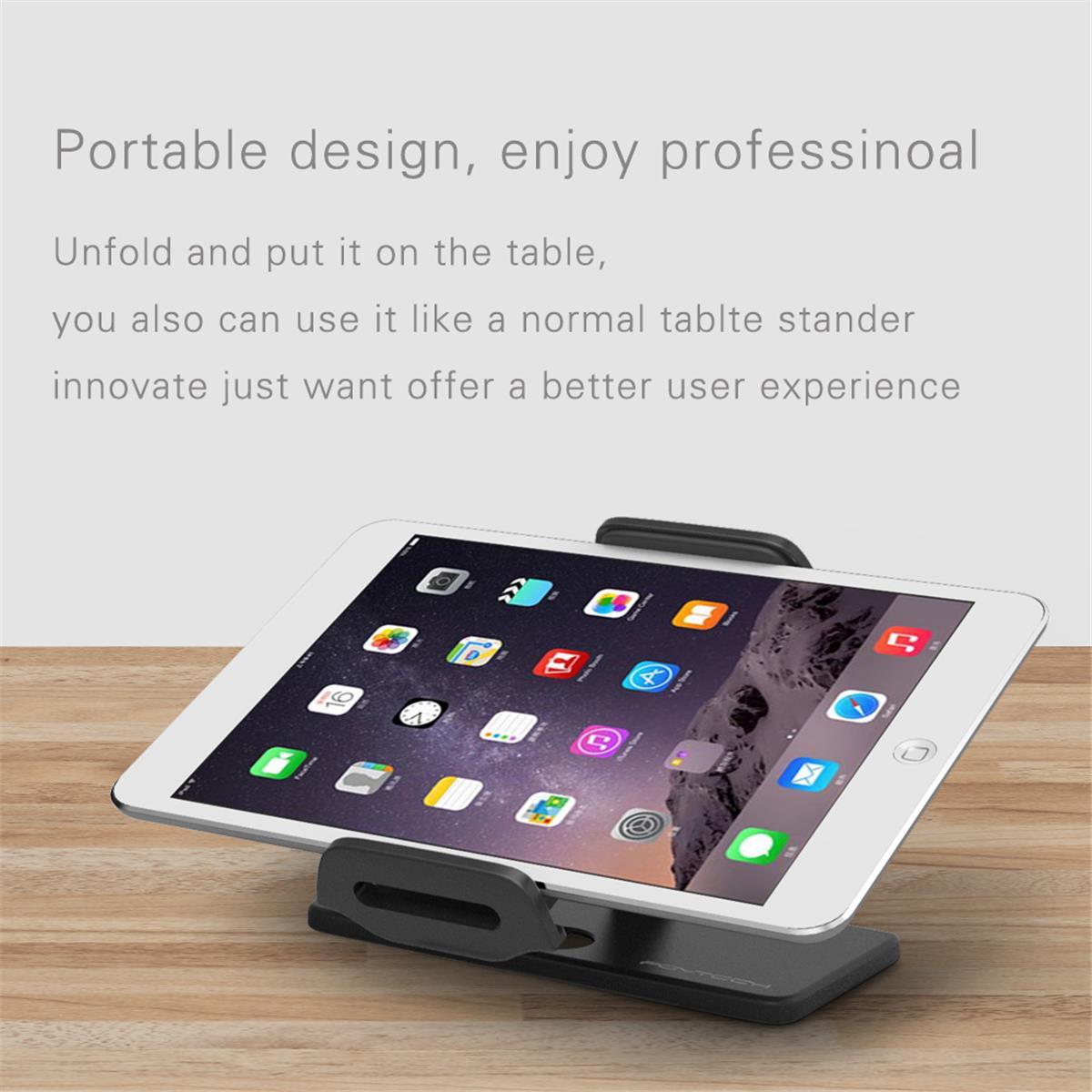 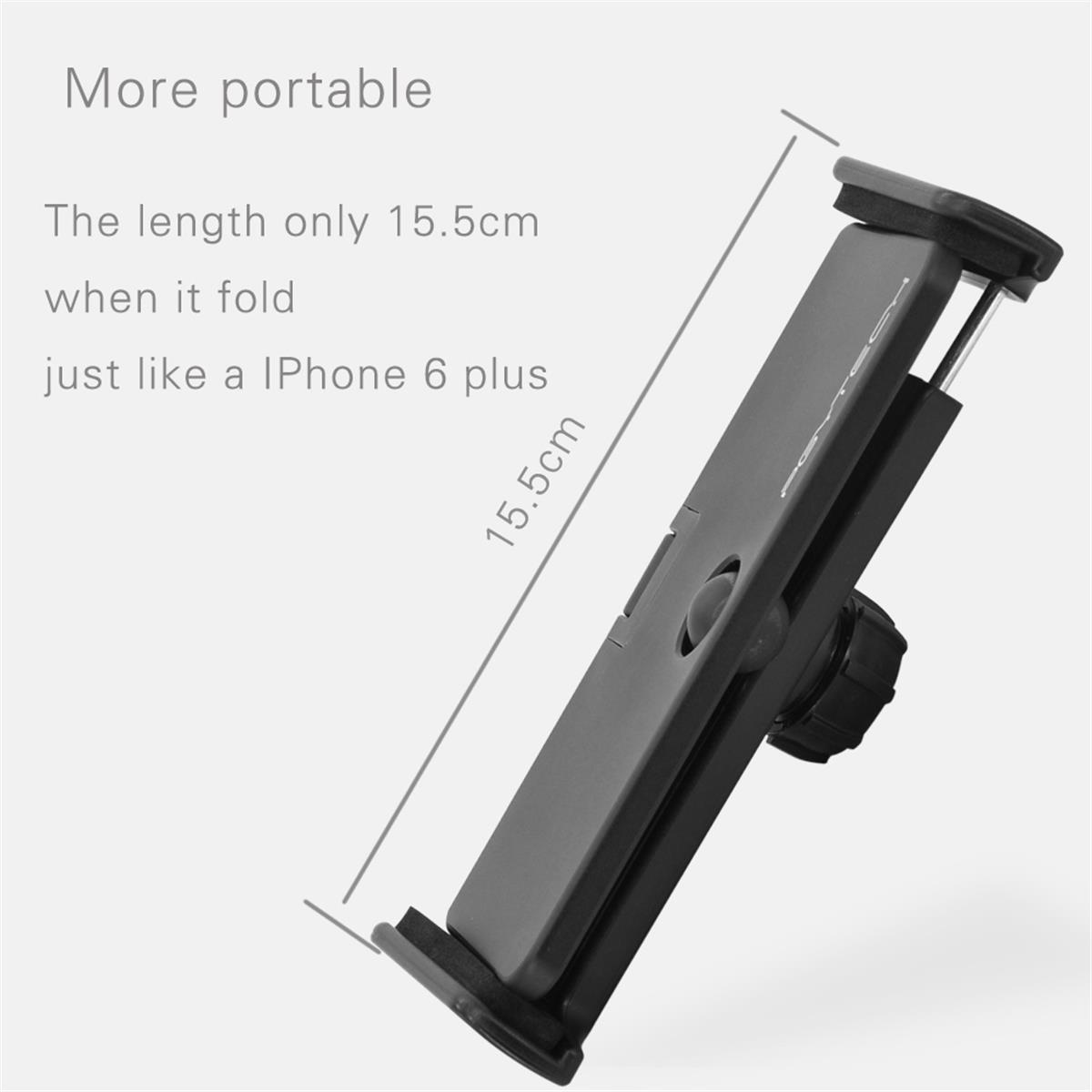 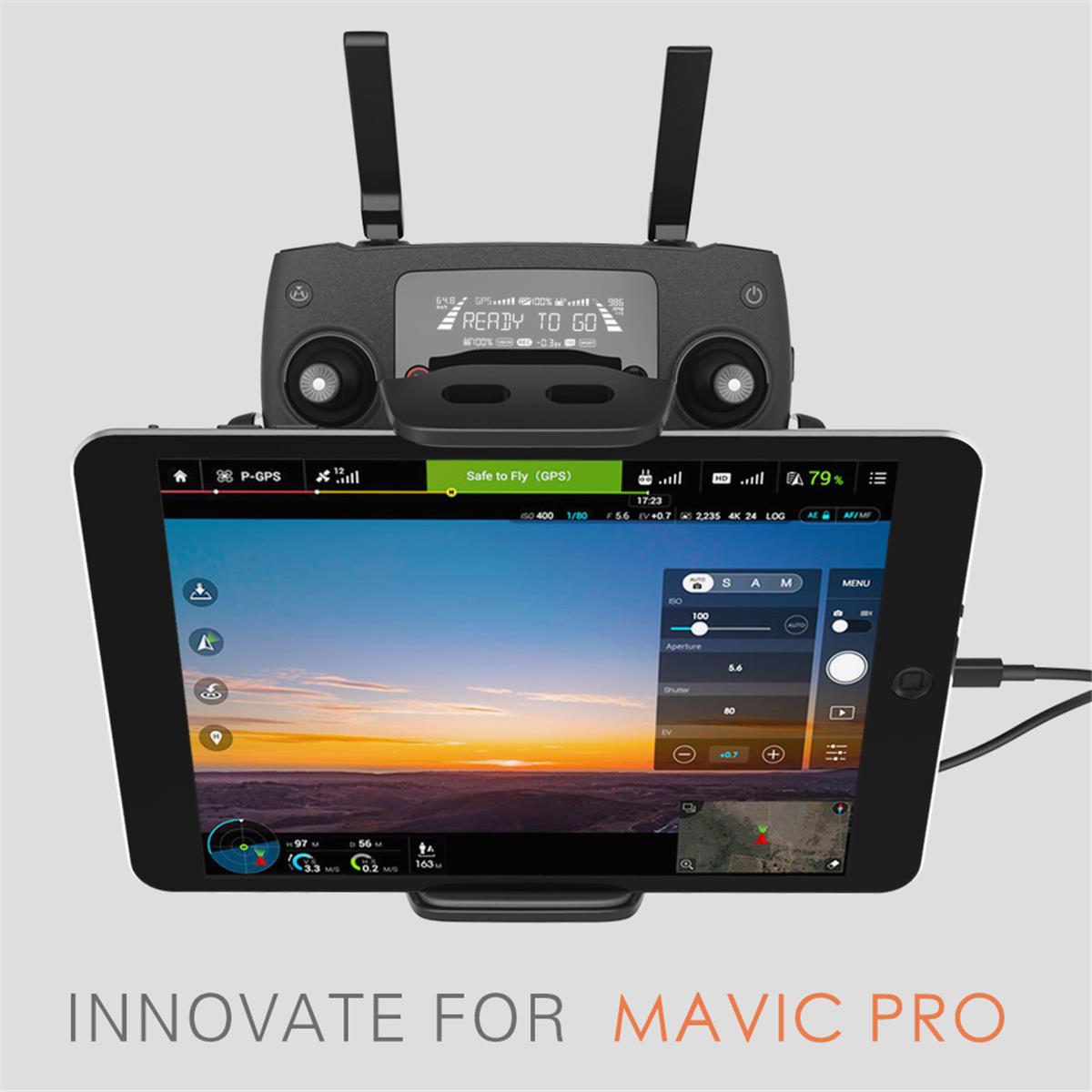 Thanks to the handy and thoughtful PGYTECH Pad Holder for the DJI Mavic Pro and the DJI Spark drones, it is possible to connect an iPad or Android tablet to the remote controller of your DJI drone. Very nice, because you can see more on a large display than on a smartphone. All remote control buttons and joysticks remain accessible when using the Pad Holder. You simply clip the base plate of the Pad Holder into the smartphone holder of the remote controller, click your iPad or Android tablet into place in the mounting bracket and you are ready for the action!

Tablet Holder made of high-quality aluminum

The PGYTECH Pad Holder for the remote controller of the DJI Mavic Pro and Spark is made of high-quality CNC aluminum and plastic and feels pleasant due to the matte black finish. The Pad Holder is suitable for use with tablets between 120mm and 190mm wide, such as the iPad Mini and the iPad. A whole series of Android tablets is also suitable for use in combination with the PGYTECH Pad Holder, such as the Samsung Tab A, Tab 4, Tab S and Tab E, the Huawei M and Huwei Honor and the Google Nexus 9. Naturally, other useful tablets will fit with the correct dimensions as well.

PGYTECH has thought carefully about the ease of use of this Pad Holder. Thanks to the suspension bracket with rubber claws, you clamp the tablet perfectly and the rotating ball head allows you to position the tablet exactly so that you can look at it. If you are not using the remote controller of your drone, click the Pad Holder out of the smartphone holder and fold it up. Unscrew the support arm of the Pad Holder from the aluminum base plate and then clamp the base plate between the spring claws. When folded, the Pad Holder measures only 15.5 centimeters, exactly the size of an iPhone 6 Plus. You can also use the Pad Holder separately from the remote controller of your DJI drone. Thanks to the flat base plate, the Pad Holder can also be used as a tablet stand on a desk or on an airplane table. Smart!

Based in Kunshan, near Shanghai, China's PGYTECH specializes in drone accessories. The team of engineers and designers has been developing one of the most complete aerial photography platforms with drones since 2010. The last 2 years, PGYTECH has focused on producing high-quality and innovative accessories that enable professionals and hobbyists to get the best out of their DJI drones and GoPro action cams. PGYTECH designs, produces and tests its products in its own factories in order to guarantee the best quality and the highest user-friendliness. So whether you are a professional photographer or just an enthusiast, PGYTECH has the right product in house.

This PGY-Tech Universal Tablet Holder is specially designed for the remote controllers of the DJI Mavic Air, DJI Mavic Pro and DJI Spark.

360 degrees rotatable
This tablet holder can be rotated 360 degrees.

Foldable
This PGY-Tech Universal Tablet Holder has a very smart foldable construction. When folded, the support is comparable in size to an iPhone 6 Plus.